A new feasibility study that followed head and neck cancer patients undergoing radiation treatment revealed home-based sensors can effectively monitor patients for early signs of dehydration — a common yet dangerous side effect that often occurs during the six- to eight-week recovery phase after radiation treatment.

“Because eating and drinking can be very painful, most patients don’t get enough food and fluids,” Peterson said. “Once the onset of dehydration manifests, it not only can derail recovery, it can lead to other dangerous conditions, including long-term risks with swallowing.” 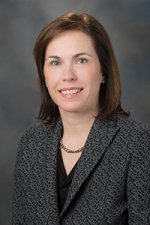 The study showed 60% of patients had at least one event that would suggest dehydration risk; 35% had two or more events. More than 90% of patients found home monitoring didn’t pose a challenge during treatment.

“The data shows that monitoring a patient’s progress from home is convenient and beneficial for both the clinician and the patient,” said Peterson.