Some surprising research findings from MD Anderson scientists suggest it’s possible a simple blood test could be developed to determine whether gene mutations associated with pancreatic cancer exist without needing to locate and test tumor tissue.

This appears possible following the discovery that tiny particles called ‘exosomes,’ which are shed by cancer cells into the blood, contain the entire genetic blueprint of those cells. By decoding this genomic data and looking for deletions and mutations associated with cancer, the research team — led by Raghu Kalluri, M.D., Ph.D., chair of Cancer Biology — believes the discovery could lead to a test that helps physicians detect cancer and treat patients. 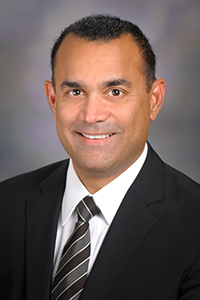 Historically, researchers knew these miniscule particles existed and that they carried nucleic acids and proteins. It was also believed that exosomes carried small portions of the person’s DNA. However, upon further investigation, the team found that a person’s entire double-stranded genomic DNA, spanning all chromosomes, can be found in exosomes, including those mutated chromosomes that cause various cancers. Furthermore, Kalluri and his colleagues discovered that DNA derived from exosomes carried the same cancer-related genetic mutations compared to the cancer cells taken from the tumor.

“Because different forms of cancer are associated with different chromosomal mutations, we believe analysis of exosome DNA taken from blood samples may not only help determine the presence of a cancerous tumor somewhere in the body, but also identify mutations without needing a tumor sample,” Kalluri said. “We also believe this ’fingerprint’ will help lead us to the likely site of the tumor in the body.

By Scott Merville
Going toe-to-toe with tobacco
Fifty years ago, the surgeon general’s first report on smoking was published. Since then, MD Anderson has been steadfast in its fight to help people kick the habit and treat those who’ve developed cancer caused by smoking and secondhand smoke.
It’s quitting time. Here’s some help
Clearing the air about e-cigarettes