In the largest expressive writing trial conducted on an oncology population, MD Anderson researchers found that patients who recorded their deepest thoughts and emotions saw improved physical function and quality of life.

The study, published in the Journal of Clinical Oncology, and led by Lorenzo Cohen, Ph.D., enrolled 284 patients diagnosed with stage I-IV renal cell carcinoma from 2006-09. 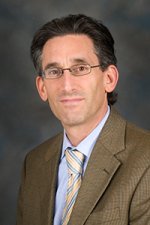 Follow-ups were conducted one, four and 10 months after the writing intervention. Ten months later, when the most pronounced group differences occurred, cancer-related symptoms were significantly lower for those in the EW group than the NW group, and the EW group reported better physical functioning aspects of quality of life.