Carried out by epidemiologists, behavioral scientists, cancer prevention experts and those researching health disparities, these studies focus on prevention and early detection of cancer.

The goal: To gain a deeper understanding of risk factors and discover interventions that can prevent disease.

For a person suffering with metastatic colon cancer, the feeling of hopelessness can be overwhelming. Though there are options for treating colon cancer in its early stages, such as chemotherapy and surgery, there are often few or no options available to cure the disease once the cancer has spread.

Imad Shureiqi, M.D., associate professor in the Department of Clinical Cancer Prevention, knows only too well how devastating this disease can be. As a physician-scientist, his research focuses on colon cancer risk, prevention and treatment.

“We’re looking at ways to end patient suffering through discoveries that will prevent metastatic colon cancer,” he says.

When not seeing patients in the clinic, Shureiqi works with his research team. One area of research focuses on identifying and differentiating cancer cells from normal cells to develop drugs that specifically attack cancer cells — a process known as molecularly targeted treatment.

His innovative idea involves PPAR-Delta, a protein associated with colon cancer development. He hopes to determine whether new drugs can be developed to target this protein to prevent metastatic colon cancer and treat early-stage colon cancer.

Metastatic or late-stage cancer cells can develop resistance to chemotherapy by changing their genetic code. “Treating the cancer cells early helps us stop the development of the tumor before it becomes a resistant tumor,” he says.

As researchers investigate better early-stage treatments, people can reduce their risk for colon cancer. He emphasizes that colon cancer screenings are important especially for those age 50 and older.

This research is made possible by funding from MD Anderson’s Duncan Family Institute for Cancer Prevention and Risk Assessment.

“The support from the Duncan Family Institute is so important. It not only allows us to pursue new research directions, but it also helps to open the door for additional funding for promising new ideas,” Shureiqi says.

No one, especially a teen or young adult, wants to learn that he carries an inherited gene mutation that puts him at high risk for colorectal cancer.

However, there is a rare inherited condition called familial adenomatous polyposis (FAP) that causes hundreds of polyps to develop in the large intestine, beginning around puberty. 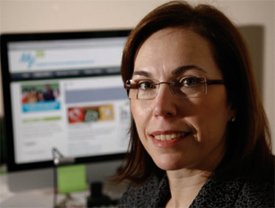 “There’s a 50% chance that children born to a parent with FAP will inherit the same gene mutation,” says Susan Peterson, Ph.D., associate professor in MD Anderson’s Department of Behavioral Science. “Genetic testing is the best way to determine this possibility early on.”

As principal investigator on a study funded by a small business grant from the National Cancer Institute, Peterson has developed MyFAP in collaboration with Radiant Creative Group.

“Teens and young adults face different medical and psychosocial demands,” she says. “The goal is to empower them with skills and information to successfully manage FAP as they transition into adulthood. Although FAP is a rare condition, it’s important to families who are affected by it.”

Children who have FAP are advised to start colon screening around age 10. Preventive surgery to remove the colon is recommended when it becomes too difficult to remove polyps through screening.

If left untreated, the polyps almost always develop into colon cancer by age 40.

“This intervention will not only be a resource for people with FAP, but also can be adapted to other hereditary cancer syndromes, too. The interactive elements and social networking really add to MyFAP’s appeal,” Peterson says.

She is also part of MD Anderson’s e-Health Technology, a program supported by the Duncan Family Institute for Cancer Prevention and Risk Assessment.

MD Anderson is one of the leading institutions in the care of families with FAP. The Clinical Cancer Genetics program has a network of physicians, genetic counselors and researchers throughout the institution invested in the detection and treatment of hereditary cancer.

Toxins take a toll: home can be hazardous to your health

Participants in an MD Anderson pilot study are learning firsthand how unhealthy living environments can be. 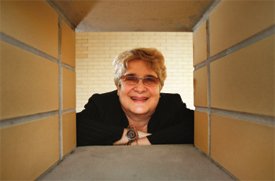 María A. Hernández-Valero, Dr.P.H., instructor with MD Anderson’s Center for Research on Minority Health in the Department of Health Disparities Research, is the lead investigator on this study.

In collaboration with Asha Multani, Ph.D., assistant professor in the Department of Genetics, and others, she is working to determine the impact of genetic instability in Mexican-American children exposed to a variety of environmental toxins.

The study includes 60 children from the Lower Río Grande Valley’s Hidalgo County. Her goal is to determine if the contaminated surroundings near their homes have an effect on their genetic stability, which is a risk factor for developing disease.

“Exposure may be during pregnancy, at birth or later. The younger the children are the more susceptible they are to chemicals,” Hernández-Valero says. “We’re looking at the number of chromosome breaks because the accumulation of genetic damage is thought to relate to cancer development.”

She hopes that the preliminary data collected from the pilot study will encourage funding agencies to support a bio-monitoring study — to follow the children for a period of five years — and help her develop interventions for those exposed to dangerous environments.

Her current work is funded by the National Institutes of Health’s Center for Research on Environmental Disease.

Epigenetics and obesity: does an imprinted gene leave its mark?

Research shows that there are more obese children today than there were 20 years ago.

While it’s no secret that diet and physical activity contribute to a person’s healthy weight, there also is evidence that genetics plays a role. 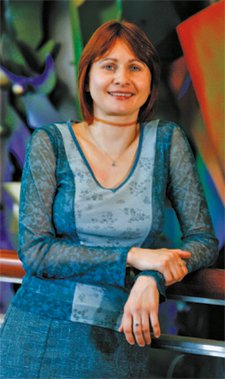 Obesity not only increases the risk of cancer, but also opens the door for a host of other diseases — particularly in certain ethnic groups. Preventing childhood obesity may reduce adult obesity.

To better understand this, Olga Gorlova, Ph.D., associate professor in MD Anderson’s Department of Epidemiology, is lead investigator on a pilot study focused on discovering the effect on childhood obesity of genetic imprinting — the silencing of one of the parent’s genes in the fetus.

“With an imprinted gene under study — insulin-like growth factor II — the father’s copy is the one expressed,” Gorlova says. “It contributes to the fetus’ size. I specifically chose children before puberty because the effect of this imprinted gene is more important at a young age.”

An organism’s development and maintenance is orchestrated by a set of chemical reactions that switch parts of the genome off and on at strategic times and locations. Epigenetics studies these reactions and the factors that influence them.

The study also involves Mexican-American adults, in whom the epigenetic comparison is made between blood and saliva, to test how the method works on different cell types.

With funding from the National Institutes of Health’s Center for Research on Environmental Disease and the help of collaborators providing the population sample and the epigenetic testing, Gorlova can obtain preliminary data that may help her gain funding for a larger study.

More Stories From Conquest
President will focus on his research passion
Also in the News
Higher rates at every stage of the disease
A vital sign gets close attention
Over the last quarter century, pulmonary medicine specialists at MD Anderson have helped to improve the quality of life for many cancer patients.
Exercise encouraged during all phases of cancer
Research helping to improve outcomes
Sleep Center and Lab offer relief
Rehabilitation services prescribe the right therapy
Nurses reach for excellence, innovation and safety
There are many definitions for excellence, but in nursing there is one measure that matters most: Magnet designation.
Congress hears, amplifies, channels the nursing voice
There’s the voice of an MD Anderson nurse, and then there is the voice of nursing at MD Anderson.
Paying attention leads to better practices
I*CARE builds the empathic side of oncology
Conveying bad news to a patient or a patient’s family is one of the most challenging aspects of being a medical doctor, particularly in oncology.
More emphasis on their care, cancer experience
$50 million donation now $500 million endowment fund
Campaign to Transform Cancer Care continues