A Full Spectrum of Care

I didn’t have any breast cancer symptoms until early 2019. Then, a lump the size of a lime popped up on my right breast, seemingly overnight. I hadn’t been able to feel it before that because it was growing so deep below the surface.

I went to my OB/GYN the day after I discovered it. She immediately referred me to a breast surgeon, who ordered an ultrasound. A few days later, I had a biopsy, and the following week, I received my diagnosis: triple-negative invasive ductal carcinoma, a type of breast cancer.

I grew up in the Houston area, so once I was sure I had breast cancer, I was pretty determined to go to MD Anderson for my treatment. I knew it offered the best cancer care in the world, so to me, there wasn’t really another choice.

I had my first appointment a few weeks later. And after all my scans were done, I met with my entire team at once: oncologist Dr. Rashmi Murthy, surgeon Dr. Mediget Teshome and radiation oncologist Dr. Benjamin Smith.

First, they confirmed my diagnosis. Then, they laid out my treatment options, which included a Phase II clinical trial under Dr. Jennifer Litton. It involved a new drug, a type of targeted therapy that includes a PARP inhibitor.

The best part of MD Anderson: having a choice

My doctors recommended the clinical trial, but they also made it clear that the decision was mine. I really liked that they gave me a choice.

The first place I went was like, “This is your diagnosis and this is your treatment plan. You start next week.” But at MD Anderson, my doctors said, “OK. We can do this or this or this for you, but you get to choose.”

When you have cancer, it can feel like you have no control of your life anymore. So, this gave me a little bit of that control back. And I really appreciated it.

The best part of individualized treatment: feeling like I really mattered

I have a friend who received the exact same diagnosis as I did. She has the same type of cancer and joined the same clinical trial. But we still have different treatment plans. I think that’s pretty amazing.

I ended up joining the clinical trial, too. And I’m cancer-free today as a result. But it was comforting to know that I had other options, and could have chosen a different treatment option if I’d wanted to.

The way MD Anderson personalizes treatment made me feel like my case was special and that I really mattered. In the end, that’s all you can ask from anyone.

In late 2016, I was eating organic food, working out regularly and had never missed a mammogram. Yet, I still ended up with a breast cancer diagnosis at age 50.

I felt a lump in my right breast one day and knew it wasn’t normal. So, I went to my primary care physician. She ordered a diagnostic mammogram, and a biopsy to confirm it. Then she referred me to a local oncologist.

Originally, I’m from Chicago, but I’ve lived in eight different cities since then. So, while I’d probably heard MD Anderson’s name in passing, I was completely unaware that it was the nation’s top-ranked hospital for cancer care. That’s why I didn’t even think of it when I was diagnosed on Dec. 27, even though I live just down the street.

Today, I am so glad that I landed there. Because I am fairly picky, and everyone on my team at MD Anderson was amazing. I don’t believe in flukes, so I attribute my guidance there to the hand of God.

One of the things that astonished me most was how responsive everyone at MD Anderson was.

I learned that I had breast cancer at 3:30 on a Tuesday afternoon. I couldn’t eat or sleep that night, so I went online to do some research. Then, somebody in a cancer forum wrote, “You know, you live in Houston, so you might want to check out MD Anderson. It’s considered the best in the world.”

I went to the website and filled out MD Anderson’s online form in middle of night. And to my surprise, someone called me early the next morning. She said, “We got your application, but I have just a few more questions.” After I answered them, we hung up. A few hours later, she called me again. She said, “OK, we have a team mobilized, and an opening on Jan. 2. Can you be here?”

The rest, as they say, is history. At MD Anderson, a team of doctors including Dr. Nuhad Ibrahim recommended a mastectomy, followed by six months of chemotherapy. A tissue expander would be installed during the surgery and replaced with a permanent implant later on. The only good thing about my cancer was it had not spread to any lymph nodes, so Dr. Welela Tereffe said I wouldn’t need radiation therapy.

I had the mastectomy on Feb. 7, 2017, and my last dose of chemotherapy on Aug. 31, 2017. That was only days after Hurricane Harvey made landfall in Houston, and a lot of places in the city still had high water issues. I was one of the first patients let back into the hospital for treatment afterward. My permanent implant was installed on Nov. 2, 2017.

A cheerleader for breast self-awareness

I’ve been cancer-free now since Feb. 7, 2017. So my holiday season this past year was amazingly great compared to how it was three years earlier.

But the only reason I even knew I had cancer was because I noticed a change in my breast. Cancer doesn’t run in my family, and mine was fast-growing and aggressive. It was already sizable by the time I found it. That’s why I encourage other women to be on the lookout for changes, too. Cancer can show up even between your annual mammograms, so it’s important to know your breasts. 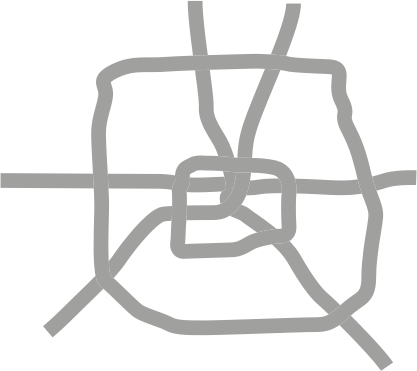 Tap your preferred Houston location or swipe left or right for more details.

We offer comprehensive breast care at all of our locations. Hover over the map or click your preferred location for more details.

Learn more about our multidisciplinary approach to care.
Visit the Breast Center