A belief in possibility

By any measure, MD Anderson’s growth in size, stature and scientific progress during the past 15 years is staggering.

An important part of MD Anderson's growth is the Lowry and Peggy Mays Clinic, which opened in 2005. Photo: F. Carter Smith

Yet, to truly appreciate the institution’s unmatched transformation under the tenure of President John Mendelsohn, M.D., it’s important to reflect on 1996. 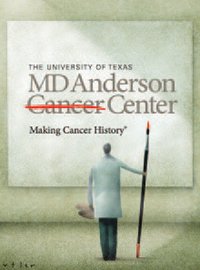 Upon his arrival, the institution was at a crossroads — not unlike today. It was a time of national discussions around changes in how health care would be provided and where cancer care would fall into that equation.

“Predictions from outside consultants suggested MD Anderson would face an austere time in terms of patients and payments. Rather than take the advice of outsiders who suggested that we dramatically downsize, Dr. Mendelsohn listened to those within who said they could do more with more resources,” says Leon Leach, executive vice president and chief business officer.

It was the right choice, Leach says.

“We also made a lot of changes to how we measured ourselves financially. Ultimately, the issues we were concerned about didn’t transpire, and we were able to go through a remarkable period of expansion,” he says.

According to Adrienne Lang, vice president for center programs, who has worked alongside him during most of his 15-year tenure, Mendelsohn said then, as he does now, “I always see the glass half full.”

“And he always does. If there’s an obstacle, he’ll go around it, or under it, or even build over it to be the greatest cancer center with research-driven patient care for our patients.”

A vision of excellence

Build he did. Yet his vision was never really about the massive growth and expansion, believes Margaret Kripke, Ph.D., former executive vice president and chief academic officer. 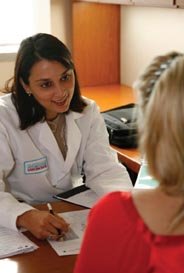 Providing excellent patient care has
been a major goal for the institution
during John Mendelsohn's tenure.
Photo: F. Carter Smith

“Rather, it was about excellence, a belief that anything was possible and delivering the best MD Anderson for patients. The growth was a consequence of that vision.

“It’s the end result of his belief in where the institution should go, what it should look like and how we were going to get there,” Kripke says.

Despite that simplistic-sounding quest, he forever changed Houston’s landscape, moving beyond the walls of the original campus. He also brought the institution into focus as a national name and as the place patients come for the very best in cancer treatment, Kripke adds.

Thomas Burke, M.D., remembers when the Faculty Center — the first facility built during Mendelsohn’s tenure — was under construction. Some were concerned about simply walking across the street for the first time during a workday.

“Now, MD Anderson’s presence can be felt throughout the Greater Houston community. We’re soon to open a center near Phoenix. We have a presence in Albuquerque, Orlando, Istanbul and Madrid, to name a few. Dr. Mendelsohn forever changed the mindset of the institution,” says Burke, MD Anderson’s executive vice president and physician-in-chief.

“That first step across the street was a way to step out of the Main Building and into our global mission and vision.”

Buildings in support of clinical care and research tripled. The number of patients served doubled, and those on clinical trials tripled. Faculty and employees, as well as the institution’s budget, increased accordingly.

But these advances didn’t come about because of Mendelsohn’s commitment to excellence alone. It was paramount that he convey the critical need for an expansion of MD Anderson’s research-driven patient care to those who could support the institution’s quest for Making Cancer History®.

This expertise in communication is one of the secrets to his success, says Raymond DuBois, M.D., Ph.D., provost and executive vice president at MD Anderson.

“Dr. Mendelsohn has a masterful way of clearly explaining both MD Anderson’s and cancer’s complex research approaches and findings to the community — philanthropic supporters, state and national political leaders and the general public — in a way that they can all understand why it’s important and why it needs to be supported,” DuBois says. “Ultimately, this allowed MD Anderson to have a much bigger footprint in the greater field of cancer.”

Moving on and preparing for the future

Now, Mendelsohn and his scientific gravitas will come full circle, as he returns to his first passion: research. No doubt his vision of excellence will continue to inspire his belief that, for MD Anderson, anything is possible.

Mendelsohns take team approach to marriage, conquering cancer
Anne and John Mendelsohn look back on their team approach to marriage and conquering cancer, as his 15-year tenure as MD Anderson Cancer Center president is winding down.
A golden beacon
When John Mendelsohn, M.D., returns to research at MD Anderson, he’ll open a new chapter in his career at a cancer center vastly different from the one he came to Houston to lead in 1996.
New approach to cancer treatment
Mendelsohn helps pave the way for personalized therapies
Growing our way to success
Mendelsohn stresses employee engagement and opportunities
With portfolio