An experimental drug targeting a common mutation in melanoma successfully shrank tumors that spread to the brain in nine out of 10 patients who participated in an international Phase I clinical trial. 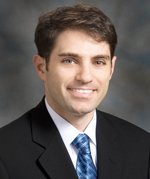 The drug dabrafenib, which targets the Val600 BRAF mutation that is active in half of melanoma cases, also cut the size of tumors in 25 of 36 patients with late-stage melanoma that had not spread to the brain. In addition, the drug showed activity in other cancer types with the BRAF mutation.

“Nine out of 10 responses among patients with brain metastases is really exciting. No other systemic therapy has ever demonstrated this much activity against melanoma brain metastases,” says study co-lead author Gerald Falchook, M.D., assistant professor in MD Anderson’s Department of Investigational Cancer Therapeutics.

Melanoma patients whose disease has spread to their brains have a median overall survival of four or five months, the researchers note. Drugs used to treat brain metastases have response rates of 10% or lower. Surgery and stereotactic or whole-brain radiation also are used.

Tumor shrinkage in the nine responders ranged from 20% to 100%. In four cases, the brain metastases disappeared.

These results will need to be validated in additional clinical trials with larger groups of patients, Falchook says. “This changes how we think of this drug and exclusion criteria for future trials.”

“Most clinical trials exclude patients with brain metastases because the drugs are assumed not to cross the blood-brain barrier,” he says. “These are the patients most in need of a clinical trial because their treatment options are so limited.”

Researchers discover connection between platelet count and cancer
Patients benefit from quality improvement efforts
Nurses, educators and others skilled at mapping out work processes team up to help front-line employees and their managers find solutions to problems.
Sometimes it takes an engineer