In April, new federal data was released showing that while smoking combustible cigarettes continues to go down among teenagers, e-cigarette use has tripled among students in middle and high school.

We asked MD Anderson’s head of Cancer Prevention and Population Sciences, Ernest Hawk, M.D., to share his thoughts on the trend:
Parents, cancer researchers, physicians and public health practitioners should all be encouraged by substantial declines in the use of traditional cigarettes among teenagers. From 2011-2014, the percentage of high school students that smoke cigarettes fell from 16% to 9%, according to Centers for Disease Control and Prevention’s annual youth tobacco survey. 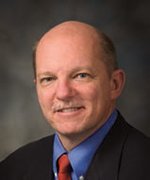 There’s been no shortage of theorizing about whether e-cigarettes are less dangerous than smoking. But at this time, there is no sufficient evidence-based research to support e-cigarettes as a healthy alternative to tobacco products for current smokers.

“The absence of smoke, which is replaced by the odorless vapor, gives smokers a false sense of security that there’s less risk involved with using e-cigarettes, known as vaping,” said Cinciripini. “Because e-cigarettes aren’t regulated by the Food and Drug Administration (FDA), we have no evidence to prove they’re safe.”

More than a year ago, the FDA proposed regulations for the e-cigarette industry, which operates with little oversight and uses marketing tactics such as candy flavoring that likely contribute to the swell of younger users. The proposals would ban the sale of e-cigarettes to those below the age of 18, halt the distribution of free samples, place health warnings about nicotine on packages and disclose their ingredients. To date, no action has been taken by the federal government.

As tobacco use is ultimately a result of nicotine addiction, the uptake of e-cigarettes among non-smokers is of particular concern. Regardless of what science tells us about the potential long-term health effects of e-cigarettes, we must not forget these are products intended to deliver nicotine, an addictive substance that can be detrimental to developing adolescent brains and can potentially lead to future tobacco use.

At this time, 42 states prohibit the sale of e-cigarettes to minors. That number may soon increase.

Texas lawmakers are considering extended restrictions on tobacco products to e-cigarettes. We’re pleased that Texas and other states are taking seriously the health impacts of e-cigarettes on future generations. And we’re hopeful the FDA will quickly follow suit.

By Ron Gilmore
MD Anderson collaborates on world’s first skull-scalp transplant
Doctors from MD Anderson and Houston Methodist Hospital have performed what is believed to be the world’s first partial skull and scalp transplant on a man whose treatment for a rare cancer of the scalp muscle left him with a deep head wound that wouldn’t heal.
Treating the cancer patient, not just the patient’s cancer
Palliative care and hospice care aren’t synonymous. Palliative care is a branch of medicine that helps patients deal with the physical side effects and emotional stress that come with cancer treatment and diagnosis. Meet the team that improves quality of life for patients.
The engines powering the moon shots
To better understand the Moon Shots Program, we offer a look at the 10 platforms that drive the research.
Jenna Arnold is reducing risk while leaving menopause for later
Like most parents, Jenna Arnold is doing all she can to ensure that she’ll live a long life to see her son, Jack, grow up and pursue his dreams. Women such as Arnold, who carry BRCA gene mutations, are participating in a first-in-the-nation MD Anderson clinical trial to reduce their risk of cancer while leaving menopause for later.
MD Anderson’s got talent
When they aren’t fighting cancer, these faculty and staff members are expressing themselves
Where in the world is MD Anderson?
The MD Anderson Cancer Network® allows the institution to collaborate with healthcare providers to provide MD Anderson’s model of multidisciplinary care to patients in the communities where they live.
The gift that’s giving life to discoveries
Ten years after San Antonio businessman Red McCombs and his wife, Charline, made a transformative $30 million gift to MD Anderson, their generosity is showing a big impact.
On track for success
Mentors’ guidance is invaluable for young scientists and clinicians
The survivor and the summit
Bree Sandlin’s inner strength and inner voice helped her conquer Stage III triple-negative breast cancer and Mount Kilimanjaro.
A new drug delivers renewed optimism
The FDA-approved lenvatinib is helping thyroid cancer patients who don’t respond to standard treatment