“We want to kill a project quickly and early,” says Chin, professor and chair of MD Anderson’s Department of Genomic Medicine, as well as scientific director of the IACS. “Our approach is to conduct a comprehensive analysis on the target at the preclinical stage to validate its essential role in cancer and determine the specific cancer types in which such a target is mission critical.

This knowledge will dramatically increase the probability of success of drugs against that target in the clinical testing stage.”

For the institute, Draetta notes, “Papers in first-rate journals aren’t the true measure of success. New compounds delivered for clinical trial backed by rigorous, comprehensive and reproducible science are the ultimate merit by which we will all be judged.”

Progress in cancer treatment has come via an inefficient process. As noted, only 5% of preclinical candidates become effective, approved drugs. As a result of such a failure rate, developing a new drug takes a long time (on average seven to 12 years), and it may cost more than $1 billion to go from “target” to “drug” to “trial” to “approval.” 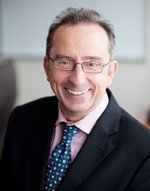 This requires a culture that integrates the scholarly brilliance and creativity of academia and the effective management principles of industry, respectively, Chin says.

The new institute is essentially an agile biotech company embedded in an academic setting. The plan is to:

“There’s no question that academia is best at the basic discovery science,” says Draetta, professor in the Department of Genomic Medicine and director of IACS. And academia excels with its clinical trials at the end of drug development.

Between those landmarks lies what Chin calls “the valley of death” for candidate drugs, the translational research steps needed to reach Phase I clinical trials.

Bridging that gap requires a goal-oriented culture and seasoned professional scientists with world-class expertise in drug discovery as well as in genomics, computational biology, deep cancer biology and model systems.

Draetta and Chin are former leaders of the Belfer Institute for Applied Cancer Science in Boston. The Belfer Institute was the first iteration of this academic-industry construct launched by Chin and current MD Anderson President Ronald DePinho, M.D.

MD Anderson’s new institute builds on the Belfer Institute’s model, but with internal drug discovery capability and expansion to translational medicine. Draetta and Chin have been joined by 18 scientists from Belfer and plan to have 70 scientists on board by year’s end.

Anesthesiology team focuses on the patient
MD Anderson's anesthesiology team evaluates, prepares and monitors every surgical patient, helps with special procedures, conducts research and emphasizes continued education.
Anesthesiology technologists enhance OR contributions
Center takes aim at new cancer targets
MD Anderson team members dedicated to easing cancer burden of underserved patients
While the cancer journey is an individual road, there is common ground where patients’ experiences intersect, regardless of their path in life.
Faces of care
A closer look at cancer screening guidelines
If the release of the U.S. Preventive Services Task Force (USPSTF) recommendations on screening has taught us anything, it’s that not all cancer screening guidelines are created equal.
Room service part of personalized approach
Imagine ordering your hospital meals from a special menu and having them delivered by hotel-trained wait staff. Or, as a caregiver, eating well while supporting a family member.
Latest MD Anderson news

Connection becomes circle of comfort for patients
Gus Gutman, Bob Kukla and Larry Link probably would not have met except for being blindsided by bladder cancer.
The voice center
New life for damaged vocal cords
Audio: Conquest spring 2012