A breast cancer vaccine already shown to elicit a powerful immune response in women with varying levels of HER2 expression has the ability to improve recurrence rates and is well tolerated in an adjuvant setting. 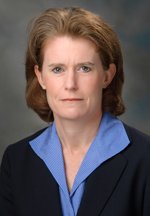 The findings of the clinical trial led by MD Anderson researchers build on previous research showing the vaccine, known as AE37, safely and effectively raises immunity against human epidermal growth factor receptor 2 (HER2).

HER2 is an oncoprotein that promotes tumor growth and is expressed to some extent in 75% to 80% of breast cancer tumors.

The researchers found that patients who received the vaccination had an estimated recurrence rate of 10.3% compared to 18% in the control group at a median follow-up of 22 months. This represented a 43% reduction in the risk of recurrence.

“The vaccine educates the immune system to recognize HER2 as an invader,” says Elizabeth Mittendorf, M.D., assistant professor in MD Anderson’s Department of Surgical Oncology and the trial’s national principal investigator. “By introducing it into women who have had breast cancer, our goal is to instruct the immune system to immediately recognize any recurring cancer cells and orchestrate an attack.”

Most experimental drugs are first evaluated in patients with metastatic disease, when tumors have undergone drastic changes, including immunoescape — a mechanism that allows tumor cells to evade elimination by the immune system.

“There’s very little chance a single peptide vaccine like AE37 will overcome a tumor at this stage of disease,” Mittendorf says. “For this reason, it’s more realistic to use the vaccine to prevent recurrence rather than to treat a large mass of already present cancer cells.”

The vaccine appears to prevent recurrence and work in women with any level of HER2 expression.

The findings also draw parallels to other vaccines that have advanced to later phase trials, Mittendorf says. MD Anderson has three different types of HER2-based peptide vaccines in various stages of testing and development.

Reported June 4, 2012, at the annual meeting of the American Society of Clinical Oncology.