Gordon Mills, M.D., Ph.D., recalls a proposal he wrote 18 years ago detailing the concept of personalized cancer therapy and its potential impact. Today, that idea is no longer a proposal, but a reality, and it’s about to get a boost.

Under a new and innovative institutional protocol called Clearing House, which started in March 2012, scientists are delving deeper into the biology of patients’ tumors, with hopes of identifying specific genetic markers and prescribing therapies to attack those markers directly.

Funda Meric-Bernstam, M.D., professor in MD Anderson’s Department of Surgical Oncology, and Mills, professor and chair of the institution’s Department of Systems Biology, are leading the effort that will test up to 200 genes known to influence cancer in patients with aggressive or recurring disease. 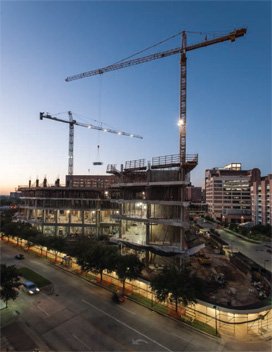 “In the first year, we’ll have sequenced the genes of far more than 1,000 MD Anderson patients and are targeting to have more than 3,000 by the second year,” Meric-Bernstam says. “This will accelerate our discovery approaches, and we can develop new clinical trials, in which we already have patients pre-identified to enroll.”

While the research began with solid tumors, the Clearing House protocol has expanded to all diseases that have ongoing genomically selected trials, Meric-Bernstam says.

A transformation in cancer care

This undertaking is made possible through a revolution taking place in oncology. The costs to conduct these complicated tests have plummeted, and emerging technologies are making them easier and faster. To this end, researchers have developed another program, Unusual Responders, geared toward understanding more specific patient populations.

“For generations, some patients have shown exciting and almost unbelievable responses to therapy,” Mills says. “It became absolutely clear that patients were trying to teach us something important, if we only paid attention and had the tools to learn from their responses.”

For example, when an MD Anderson patient displays an exceptional response, Mills and his team will work to identify the possible genetic rationale. Then, they’ll employ that knowledge to determine if the same drug will elicit a response in patients with similar circumstances.

Collectively, the two programs represent an integrated approach that begins on a level only visible through high-powered microscopes, but with an eventual impact that no loved one, friend or companion can deny.

Doubling down on doctoral nursing degrees
Melissa McLenon, D.N.P., has been committed to her patients throughout her 20-year nursing career.
Vaccines hold promise for breast cancer patients
Elizabeth Mittendorf, M.D., Ph.D., abandoned plans to become a pediatrician when she fell in love with the knowledge and skills a surgeon has.
Institute for Applied Cancer Science infographic

Volunteer helps patients and visitors find their way
With six children and six grandchildren, caregiving comes naturally to patient navigator volunteer Denise Taliaferro. However, acting in that same role to her husband was never on her list of things to do.
The time is now to collaborate
Program addresses body image concerns
Video games a bridge to normalcy
Moon Shots Program launches
With a pledge to accelerate advances ultimately aimed at ending all cancers, MD Anderson launched the Moon Shots Program on Sept. 21, 2012.
Innovation in imaging
The six-story Center for Advanced Biomedical Imaging Research (CABIR) on the South Campus is a rarity — a basic science building with a clinic on the first floor.
Where in the world is MD Anderson?
The time is now to impact
Behavioral scientist models healthy lifestyle

Physical inactivity as bad for health as smoking

The role of emotional cues
Ever wonder why your brain makes decisions you later regret, like continuing to smoke?
The time is now to educate
Student broadens his scientific knowledge
Health Adventures create interest
MD Anderson trainees: The next generation

MD Anderson trainees: The next generation

Physician assistants in high demand
Physician assistants (PAs) are critical members of the cancer care team — licensed to practice medicine with the supervision of a physician. And as the population of older adults increases, more are needed.
Hands-on environment to test surgical skills
Nicholas Levine, M.D., calls the Microsurgical and Endoscopic Center for Clinical Applications his field of dreams.
Dynamic duo co-leads graduate school
It’s run by two schools: Why not have two deans? This new leadership formula at the Graduate School of Biomedical Sciences (GSBS) is one that mixes equal parts logic and irrationality.
First Cervical Cancer Summit

Righting the course of disease